Man oh man, can you relate? Life on campus at NC State.

Whenever I speak to an NC State grad from the 1970’s – 1990’s, one of the things that always strikes me is how reverent most of them are to Hillsborough Street. They’ll rattle off college bar after college bar that they spent their nights at after games at Reynolds or Carter-Finley. However, I realize pretty quickly that most of the bars they name are long gone: ACC Tavern, Darryl's, Big Bad Wolf, Five-O, La Cantina, Hillsborough Square, Crazy Zacks, Tut’s, Jolly Knave, Rathskellar, etc.

I graduated from State in 2013 when Pantana Bob’s, Players’ Retreat, East Village, The Alley, and Mitch’s were the only bars on Hillsborough. Flash forward to less than a decade later and there’s only Mitch’s and Players’ Retreat remaining – and that entire global pandemic thing has kept those two closed for most of the last 1.5 years.

The decline in Hillsborough Street nightlife began when the legal drinking age in NC was changed to 21 in 1985 – and then was compounded with State moving MBB off campus in 1999. In the years since then, most Raleigh retail commercial real estate development has been directed towards pretty much every area of the city other than the strip of Hillsborough next to State’s campus. Talk to any State grad of the last 10 years and they’ll almost certainly mention having spent more time on Glenwood South or Fayetteville St than Hillsborough.

State has always been a bit of an odd case location-wise because it isn’t located in a college town like Chapel Hill, Clemson, or Charlottesville, where all the development $ flows to the areas directly adjacent to campus, but it’s also disconnected from the downtown of the city its located in (albeit not by much).

However, one thing that Hillsborough Street has seen in abundance in recent years is commercial real estate development for student living. I’ve heard some people trash the “new Hillsborough”, holding the view that it’s now “too commercial”, lined with student apartment complexes and various big box retailers like CVS and Target. I’ve personally always been in favor of any and all Hillsborough development because when I got to State in 2009, students rarely spent any time venturing to Hillsborough. I’m in favor of all the new apartments on Hillsborough for no other reason than these projects replaced some of the rundown buildings on the street that had fallen into disrepair.

In large part due to the apartment developments, it finally seems like we’ve gotten to a point where additional bars and restaurants are needed on Hillsborough to serve all the additional foot traffic that the street will hopefully soon be seeing (provided that COVID doesn’t make the whole world burn down all over again).

Below, I’ve put together a wish list of what I’d like to see added to Hillsborough in the coming years:

There is next to no parking on Hillsborough that doesn’t involve parallel parking on the street or rolling the dice with one the lots behind a business and hoping your car doesn’t later get booted or towed. There are currently two pretty large surface level lots that I’d love to see some 3 – 4 level parking decks built atop: (1) the lot between North Hall and Bruegger’s Bagels and (2) the lot in front of the traffic circle between the NC SECU and Jersey Mike’s.

(2) Sammy’s or Amedeo’s on Hillsborough

Sammy’s and Amedeo’s are located off Avent Ferry and Western Blvd., respectively. Amedeo’s has been an NC State mainstay for decades and Sammy’s is really the only bar that’s been built near campus in the last 20-30 years that’s truly thrived. Both are now under the same ownership, and I think a Hillsborough location with appropriately priced food and drink for the college-aged crowd would do very well.

Far too often we’ve seen bars and restaurants try to make it on Hillsborough that offer a more elevated food and drink menu that would fit much better in Downtown Raleigh. A simple college bar with burgers, sandwiches, pizza, beer towers/buckets, and drink specials right next to campus with a number of TV’s and/or a large projector screen for game watches would be an amazing addition to the street. I’ve always thought the old movie theater/McDonalds/textbook shop/H-Street Kitchen/La Stella Wood Fire location would be perfect for this – but its currently occupied by a sushi restaurant.

Raleigh has closed the stretch of Hillsborough next to campus in the past for numerous annual events like Packapalooza, NCSU Homecoming, Live and Local events, the Krispy Kreme Challenge, etc. In that same spirit, I would really like to see some game watches hosted on the street too.

Every bar and restaurant in that area shows State games anyway, so why not put gated off “beer gardens” in front of each bar, close down the street, and then stand a projection screen on the end of the Hillsborough near the Belltower where the stage is normally set up for Packapalooza? Something like this, but tied to a sporting event:

As of the date I’m writing this, there are plans for numerous bars to open/re-open on Hillsborough in the coming years:

· Delta House Raleigh announced in July that they would be opening underneath the Standard Apartment Complex.

· SupDogs (a Chapel Hill and Greenville staple) announced back in March that they found a spot on Hillsborough, began working with an architect, and signed a letter of intent for the building.

· There are plans for a mixed use restaurant / bar project in the 7+ year literal hole located in the middle of Hillsborough Street formerly known as Brothers / Two Guys Pizza. The plan for this space involves an open air rooftop bar that I hope to be a frequent visitor of soon.

· East Village closed a couple of years ago and planned to subsequently reopen elsewhere on the street. Per a comment on their FB page in September 2020, they “are still planning on re-opening across the street. We are not going to start construction until we have a firm commitment from the University and the Covid issue has been resolved.”

So who knows if / when that will occur, but I really hope they reopen in the future with another huge outdoor deck and their famous (infamous?) $2 Busch Light special.

I really hope to see each of these developments actually make it to Hillsborough as each of them would inject a lot of needed life into the street.

(5) Connection with the Village District

NC State and the City of Raleigh have done a great job over the last decade cleaning up Hillsborough with buried power lines, a brick median that runs the entire distance of the street next to campus, wide brick sidewalks, bike lanes, etc. The aesthetic of the street now fits in much better with that of the newly coined “Village District” right around the corner. It would be great to see Enterprise St. and Oberlin Rd. shaped up a bit to more clearly connect Hillsborough to the Village District.

Similar to Hillsborough, the Village District is another area that is hoping to increase the amount of nightlife given their recently announced “Overlook” project that will add additional food / drink options to the area.

I never experienced the Village Underground or Foster’s, but it would be great to see more nightlife return to the shopping district that’s closest to that side of State’s campus.

(6) Red and White Shop on Hillsborough

The Red and White Shop is located just a few minutes from campus in the Ridgewood Shopping Center. I would also really like to see a proper NCSU merchandise store finally open on Hillsborough, especially given all of the student apartments now located up and down the corridor next to campus.

A New Belgium taproom is admittedly my biggest pipedream on this list, but New Belgium and NCSU partnered to bring Old Tuffy to the masses back in 2019. Last year, there was even some packaging leaked for a “2020 Limited Edition” Old Tuffy can that never saw the light of day.

New Belgium has breweries in Fort Collins, CO and Asheville, NC – as well as taprooms in Denver, CO and San Francisco, CA. With the NC and NCSU connections already established, it would only make sense for New Belgium to make Raleigh their next taproom home. I’d also like to see them as the naming sponsor for my dream outfield beer garden located at Doak Field 2.0 (fingers crossed), but I’ll save that for a future “Doak Field Wishlist” piece.

If anyone’s got any other ideas for potential Hillsborough additions, tweet them to me @wroncsu and I’ll include them in a later post. Go Pack. 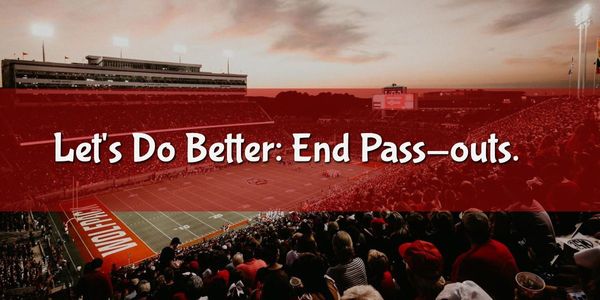 What's the Deal with the NCSU Seal 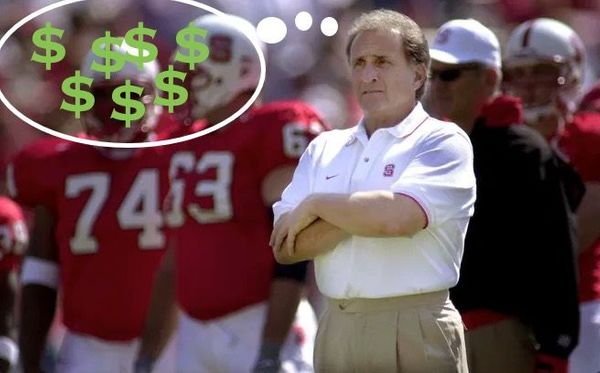 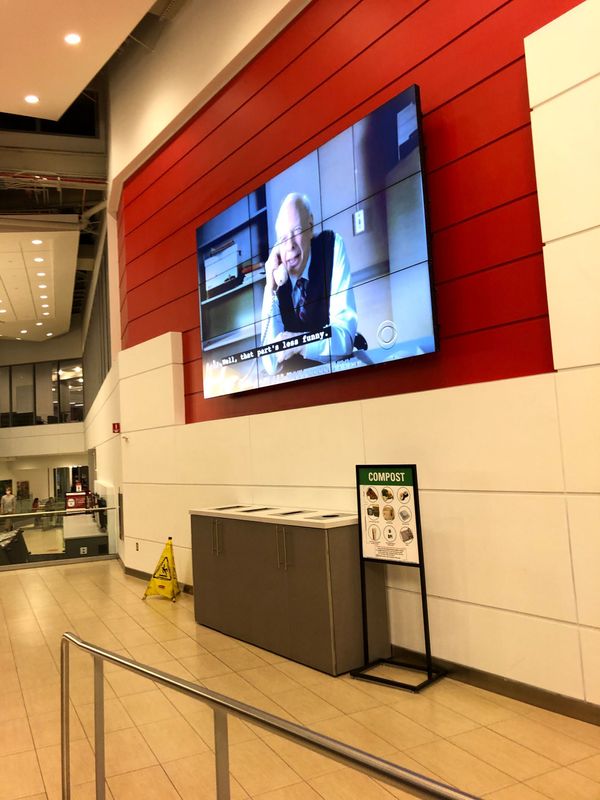 The Brand: What Are We Doing Here? A Student's Perspective.

In our continuing series on making NC State better, Chance dives into the student experience as a fan, how we can get better and the uplift it would bring to the university and all athletic programs. This is a must read for all so we've made it free members and non-members.
Mar 31, 2021
9 min read
Mar
23

Quick Thought: The Importance of Being on the Cutting Edge